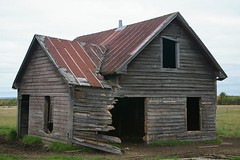 Ben Harper was born in Pomona, California in 1969. His father was of African-American and Cherokee ancestry, his mother was of Russian-Lithuanian Jewish ancestry. Ben’s parents divorced in 1974 and he grew up with his mother and her parents. Ben’s grandparents’ owned a music store, The Folk Music Center and Museum, which was foundational to Ben’s development as a musician. Ben began his career in earnest in the early 1990s with the LP Pleasure and Pain and has since released a dozen albums.

His most recent album, Childhood Home, is a collection of duets sung with his mother, Ellen Harper. The Harper’s split the songwriting duties for the album; Ben penned 6 and Ellen the other four. The album seeks to speak to the good, bad, ugly and beautiful parts of home and family life. The lead track on the album, A House Is a Home, was written by Ben.

A House Is a Home written by Ben Harper, performed by Ben & Ellen Harper.

Rather than focusing on the nostalgia of the home, Harper focuses the first verse on the chaos that emerges when a house is no longer subject to the care that a home receives. The home that was once comforting is now filled with darkness, overgrown grass, and a dying dog. Rather than a place of plenty, this house has become a barren place, a place of want. There is no comfort in this house; yet it is still a home.

The second verse takes this idea further. No longer is the family merely struggling with want; now they are being persecuted. First by ghosts (perhaps memories of the glory days gone by), then by family and friends who once loved them, and finally by the neighbors’ gossip. What listener has not felt, or at the least imagined, a neighbor’s scornful looks and raised eyebrows at the rough edges of the house which the family has not been able to care for. The high weeds, the broken down cars, the old trash bags. Yet, even when persecuted, the house is still a place of refuge. The house is a home.

The third verse speaks to the rat race of life. The never ending line of dishes and laundry and chores. The mundane tasks that take up so much of your life that it seems there is nothing left with which you can pursue your real dreams. We are all trapped in the upkeep of our houses, of our homes, and none of us seems able to live the life we want. And so we have children, and so the cycle repeats.

The chorus comes in to emphasize the cyclical nature of the home. The house becomes a home for a time, then children grow up, parents grow old, grandparents die, and the house shutters itself up into a dark void until…the cycle repeats.

It’s always hard to trim down all of the great music that gets put out in a given year to a top 50. I used to try to do a top 40 but that was just too much. What follows are, what I consider to be, the 50 best songs of the past year. I would rate the first 13 songs as worthy of going on the all-time play list; however, the other 37 on this list are certainly worth keeping in the rotation.

1. Best Day Of My Life by American Authors

2. Riptide by Vance Joy
3. Am I Wrong by Nico & Vinz
4. Me And My Broken Heart by Rixton
5. Take Me Home (feat. Bebe Rexha) by Cash Cash
6. The Man by Aloe Blacc
7. Take Me to Church by Hozier
8. Turn Down for What by DJ Snake & Lil Jon
9. Turtles All the Way Down by Sturgill Simpson

Song of the Day: @SturgillSimpson – Turtles All the Way Down #music #sotd https://t.co/1e4lAXoeRu

10. The Days by Avicii
11. Come With Me Now by Kongos
12. Rather Be (feat. Jess Glynne) by Clean Bandit
13. Carousel Ride by Rubblebucket
14. She Looks So Perfect by 5 Seconds Of Summer
15. #SELFIE by The Chainsmokers
16. Thinking Out Loud by Ed Sheeran
17. Boy by John Mark Nelson
18. A Long Day by Mally
19. Fireball by Pitbull feat. John Ryan
20. Cruel City by Augustines
21. Divisionary (Do The Right Thing) by Ages and Ages
22. On Top Of The World by Imagine Dragons
23. Timber feat. Ke$ha by Pitbull
24. Hey Brother by Avicii
25. Bitter by Atmosphere

30. All About That Bass by Meghan Trainor
31. Girls Chase Boys by Ingrid Michaelson
32. Bang Data by Bang Data
33. Something About Knowing by Maria Taylor
34. Fam Jam (Fe Sum Immigrins) by Shad
35. Let’s Be Still by The Head and the Heart
36. My Sweet Summer by Dirty Heads
37. Beachin’ by Jake Owen
38. A House Is A Home by Ben Harper

A close reading of A House Is a Home by Ben Harper http://t.co/Jm9PlUbMv4 #Literature #Lyrics #Music

39. Gunpowder on the Letter by Cody Chesnutt
40. I Know It’s Wrong (But That’s Alright) by Hurray for the Riff Raff
41. Dirt by Florida Georgia Line
42. Song My Love Can Sing by Doug Paisley
43. Work [feat. Wale] by Iggy Azalea
44. The Walker by Fitz & The Tantrums
45. Lovely Day (Studio Rio Version) by Bill Withers & Studio Rio
46. I’m On Fire by Nico Vega
47. Flicker by Atmosphere
48. Balanca (Nao Pode Parar!) by Bossacucanova
49. Step out of the Shadows by Glen Hansard

Have a great year!