Then Samson went down to Timnah with his father and mother, and came as far as the vineyards of Timnah; and behold, a young lion came roaring toward him. 6 The Spirit of the LORD came upon him mightily, so that he tore him as one tears a young goat though he had nothing in his hand; but he did not tell his father or mother what he had done. 7 So he went down and talked to the woman; and she looked good to Samson. 8 When he returned later to take her, he turned aside to look at the carcass of the lion; and behold, a swarm of bees and honey were in the body of the lion. 9 So he scraped the honey into his hands and went on, eating as he went. When he came to his father and mother, he gave some to them and they ate it; but he did not tell them that he had scraped the honey out of the body of the lion.

10 Then his father went down to the woman; and Samson made a feast there, for the young men customarily did this. 11 When they saw him, they brought thirty companions to be with him. 12 Then Samson said to them, “Let me now propound a riddle to you; if you will indeed tell it to me within the seven days of the feast, and find it out, then I will give you thirty linen wraps and thirty changes of clothes. 13 “But if you are unable to tell me, then you shall give me thirty linen wraps and thirty changes of clothes.” And they said to him, “Propound your riddle, that we may hear it.” 14 So he said to them, “Out of the eater came something to eat, And out of the strong came something sweet.” But they could not tell the riddle in three days.

15 Then it came about on the fourth day that they said to Samson’s wife, “Entice your husband, so that he will tell us the riddle, or we will burn you and your father’s house with fire. Have you invited us to impoverish us? Is this not so?” 16 Samson’s wife wept before him and said, “You only hate me, and you do not love me; you have propounded a riddle to the sons of my people, and have not told it to me.” And he said to her, “Behold, I have not told it to my father or mother; so should I tell you?” 17 However she wept before him seven days while their feast lasted. And on the seventh day he told her because she pressed him so hard. She then told the riddle to the sons of her people. 18 So the men of the city said to him on the seventh day before the sun went down, “What is sweeter than honey? And what is stronger than a lion?” And he said to them, “If you had not plowed with my heifer, You would not have found out my riddle.” 19 Then the Spirit of the LORD came upon him mightily, and he went down to Ashkelon and killed thirty of them and took their spoil and gave the changes of clothes to those who told the riddle. And his anger burned, and he went up to his father’s house. – Judges 14:5-19 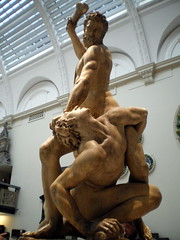 The book of Judges is the story of the downward spiral in the quality, morality, and ability of the leaders of Israel. The institute of Judge was established as an ad hoc chieftain who could lead God’s people when they face times of conflict or difficulty. A Judge would be called up by God to lead the people into war, into reformation, into repentance, and into reconstruction.

Samson was the final Judge. Before he was born he was set apart and dedicated to God. In turn, God blessed Samson with incredible strength and ability. Unfortunately, Samson was lacking in other leadership qualities.

There are two repeated phrases in this passage which bear mentioning. The first is “the Spirit of the Lord came upon him mightily”, and the second is “he did not tell”.

“The Spirit of the Lord came upon him mightily” is first used when Samson is attached by the lion. My reading of this passage is not that Samson was suddenly energized by God, but rather that Samson used his strength and power (which he had received as a blessing from God based upon his mother’s faith) to defend himself. The phrase is used again at the end of the passage when Samson goes to Ashkelon to kill thirty people and fulfill his wager. In this case Samson is using God’s gifts to act out petty vengeance to fulfill a childish wager.

The phrase “he did not tell” is first after killing the lion. The author makes a specific point that Samson did not tell his father or mother what he had done. My reading would be that Samson was too engrossed in pursuing the Philistine woman as his bride. The second time Samson “did not tell” is when he revisits the lion carcass and eats honey found in it, sharing this honey with his parents. It may not need to be said, but eating honey from a lion’s corpse would be considered unclean (both literally and theologically). This is Samson’s second act of uncleanliness in just this passage. The first is marrying a Philistine woman, as God has instructed the Israelites not to intermarry with the neighboring clans. 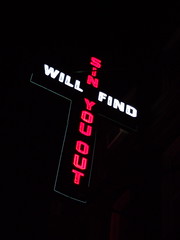 In summary, Samson pursues the sin of marrying a Philistine. He then sins by eating unclean honey and compounds his sin by sharing it with his unknowing parents causing them to sin. Finally, Samson makes fun of his sin with his riddle-wager and uses his God-given powers to cover his foolish sin.

All of us have God given talents, abilities, and characteristics which we can use to either build up the kingdom of God or to pursue our own selfish (sometimes foolish) pursuits. We are called by God to make the areas in which we are blessed a blessing to others. You have some exceptional talent, ability, or characteristic; please do not follow the example of Samson; rather, use your blessings to bless others and honor God.